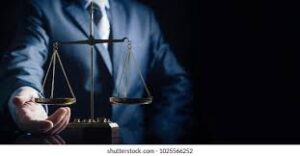 2020News has obtained, via a whistleblower, a letter dated Feb. 10, 2021, from the Stuttgart Attorney
General’s Office to a forensic pathologist.
In it, Stuttgart’s attorney general, Achim Brauneisen, categorically rejects the general performance of
autopsies on people who died shortly after the Corona vaccination, primarily because “no tangible evidence
of a possible causality between vaccination and the occurrence of death in elderly people” could be
researched in reputable sources. “Neither on the homepage of the RKI nor of the Paul Ehrlich Institute can
corresponding valid indications be found.”
He is unable to recognise any grounds for suspecting a non-natural death or external causation, as required
by the Code of Criminal Procedure for opening a corpse.
This assessment is surprising. Vaccinations, if not supported by informed consent, are basically acts of
bodily harm and as such punishable under Section 223 of the Criminal Code. The requirements for proper
vaccination education, which would eliminate criminal liability, are high. In the present case, the information
must also include the fact that the experimental Corona vaccines are only conditionally approved in the EU,
among other things due to the insufficient study situation. Vaccination education also includes supplying
information about the possible harmful potential of the vaccination and its expected efficacy. The
vaccination information sheets from the RKI and Grüner Punkt, which are used in series, do not meet the
information requirements in essential points.
The suspicion therefore stands that in many cases, as also with the deaths in a Berlin old people’s home,
which became well-known recently by a further Whistleblower, only insufficiently clearing-up could have
taken place, so that the punishability of the inoculation as body injury did not fall. In his cover letter, the
forensic physician had also pointed out that medical malpractice – vaccination despite a contraindication –
could exist.
Brauneisen replied to the letter: “I therefore see no reason for the public prosecutors’ offices in the district
of the Stuttgart Higher Regional Court to change their current practice. Autopsies will continue to be
ordered only if there is an initial suspicion of a non-natural death and if third-party causation appears
possible. A vaccination that took place before death alone is not sufficient for this.”
According to Brauneisen, the aforementioned autopsy restriction should not apply to the public
prosecutor’s office alone. Furthermore, the police should not be allowed to bring clarity to the clustered
deaths of seniors after the Corona vaccination. Brauneisen writes: “I will bring my letter to the attention of
the Ministry of Justice and for Europe as well as the Attorney General in Karlsruhe because of the high
relevance of the incident for the practical work of public prosecutors’ offices and police departments
throughout Baden-Württemberg.”
If public prosecutors do not follow up on such obvious suspicions of criminally relevant behaviour, they
themselves may be liable to prosecution. In the present case, one has to think of obstruction of justice in
office according to § 258a StGB by Attorney General Brauneisen in his own person as well as by those
public prosecutors who follow his instructions. In addition, police officers are liable to bodily harm in office –
possibly resulting in death – through violation of their guarantor status (§ 13 StGB) against the continued
practice of vaccination without sufficient clarification in the case of existing initial suspicion that vaccination
causes more damage – up to and including fatalities – than has been communicated to date.
Moreover, it would have to be examined whether Attorney General Brauneisen, by suggesting not to
perform an autopsy, is liable to prosecution for inciting bodily harm in office by omission. Unlike the police
officers or employees of the public health department who are called upon to avert danger, he himself does
not have the guarantor status of Section 13 of the Criminal Code. However, this circumstance does not lead
to exemption from punishment, but only to a mitigation of the penalty in accordance with Section 28,
Paragraph I of the Criminal Code. The crime of instigation may be of great relevance, especially in view of
the large number of persons who may be affected by serious vaccination injuries.
By restricting autopsies on people who died shortly after vaccination, the Stuttgart public prosecutor also
prevents the Paul Ehrlich Institute from getting a realistic picture of the situation.
In Norway, they no longer recommend vaccination of very old seniors or severely pre-diseased persons
after 33 deaths occurred shortly after vaccination. The manufacturing company BioNTech itself cannot
recommend vaccination of people with certain chronic pre-existing conditions. BioNTech’s Comirnaty
vaccine has not received approval in India due to insufficient study results for safety reasons. Vaccination
with AstraZeneca’s Corona vaccine has been suspended in Swedish regions, as well as in locations in
North Rhine-Westphalia.
Given the danger posed to the population as a whole by mass vaccination, one can only hope that
prosecutors in other states will take the autopsy issue with the seriousness it deserves.
2020News had reached out to Brauneisen for comment on short notice. By the time this article was published, it had gone without response.