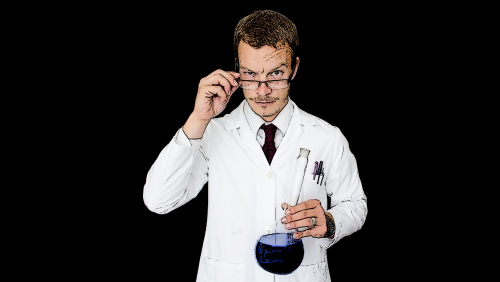 The arch loon in Downing Street, Borifice McMuppet has come up with another brilliant wheeze according to the front page of today’s Times (5th April 2021). Everybody in the UK will be required to test themselves twice a week to check if they have been struck down by a bug so lethal it causes no or mild symptoms in most people and is rarely fatal – and when it is, almost always for people already very ill – and is which is in any case actually so routinely treatable it would hardly have killed anybody at all, had the cures not been suppressed.

The  test to be used is the Lateral Flow Test. The idea according to the Times is that if you test yourself positive using the LFT, you can then get a confirmation by having the (get this) more accurate PCR test.

The PCR test is more accurate?

The PCR test is famous for being the most inaccurate test known to freakin’ man on account of not being designed as a diagnostic tool and, per the government’s own ruddy website, not able to detect a live infectious virus.

It’s difficult to image a test less accurate than the PCR test, which the government persists with only because its inherent uselessness enable them to make the ‘infections’ and ‘cases’ stats say whatever they want them to say, whilst sounding sciency.

So what is the ruddy point in everybody testing themselves twice a ruddy ruddy week (at immense profits to whichever of the government’s pals own the company that manufactures the test kits) using a test that us even more useless than one that is already totally useless?