I would like to share a theory with you, presented by the German libertarian and truther (a rare combination) Oliver Janich in his latest video on Telegram. He did not upload it to Jewtube because it contains vaccination criticism, which is not allowed on this platform and could lead to a strike. So I can only give you the link to his Telegram channel:

The titel is "Am 14.5. wird die Diktatur in Deutschland errichtet: Biowaffenangriff folgt höchstwahrscheinlich" (On 5/14 the dictatorship will be established: bio weapon assault will probably follow).

Maybe you can find a mirrored version of the video on Jewtube. There's a censored 14 min. version with part 1, the full video has 45 min.
He's referring to 5/14, because on that day the German Bundestag (parliament) will vote on a law for "the protection of the population" that will - among other things - include forced vaccination, and everybody who will resist this force will be taken away all civil rights.

The video is only available in German, so I will sum it up for you:

At least this is the plan. Janich is hopeful that it will not happen. Especially in the USA with its armed and freedom loving citizens it would be impossible without starting a revolution.
I think this theory makes a lot of sense. In the beginning of the video we see an excerpt of an interview with Bill Gates, who says that the current measures taken against Covid-19 are those that would also be taken against a "bio terrorist attac".
Is he foretelling the future? Why would he know about an upcoming "bio terrorist attac"? Because he's the one who will implement it with his poisonous vaccines! Remember: In the "Event 201" last year he also foretold the current "pandemic"!

The future will tell us if Janich was right. 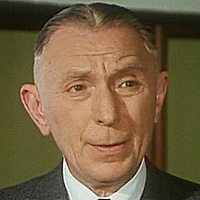