The article is the answer to the following challenge of Climate Justice Assesment, given to the students of internet course of Environmental Justice, given by University of East England.

A multi-national company based in the developing world proposes to develop a large coal mine in a remote area of a country in the developed world. The mine would produce coal for export back to the multi-national company’s country of origin, to generate power in a country where 25% of people currently do not have access to reliable electricity. Once operating at peak capacity, it would produce 50 million tonnes of coal per annum, most of which would be burned in coastal power stations in the developing country.

My company from developed country answered to the given challenge this way. First they led a dialogue with other parties knowing the environmental problems and interesting in fair distribution of these burdens and solutions. They decided for other (type of) investment, which will have long-term positive effects to domestic nature and health, as well to the economy and energetic sectors. They will bring the knowledge of clean energy production in the country and distribute mostly positive effects among the entire population. It is a kind of pilot project, to which the entire economy is going to follow.

They recognized hidden historic injustices, forced by developed country, and set the clear and firm claims of rights upon, not only reparations, but upon obvious partnership in growth of developed society, with consequences in necessary and regular income from their own investments.

The company (PC) from developing, poor state (PS) consulting with government and domestic environmental movement, recognized in their developed "partner", rich state (RS) still colonial connection through it's competitor, second company from RS (RC), owing the access and profits from oil exploitation in PS, leaving the state, economy and population in severe lack of energy. The RS is also using its right to buy their carbon rights and use them instead PS, disabling thus the development of PS-industry and enforcing own RS economic influence in PS.

Decision was made to use international and also PS development subvention possibilities and credits and assure the sufficient amounts of energy for the country.

The recognition procedures revealed the responsibility of RS for critical energetic situation in PS. Owing also the trade with oil in PS, with high prices the RC disables purchase of domestic energy substances and keeps low country income from collected taxes.

All three domestic parties agree that the PC has right to assure its own energetic supply and that they have right on compensation for still further enforcing colonial ownership over oil wells and land. With nationalization they would risk a military intervention. They signed an agreement that the energy prices will be accessible and the rest of profit and collected taxes will be used for solving environmental issues.

PS will also claim, because of long-term disabling state to influence to oil production, the right as forced investor into development and welfare of RS-society and as partial owner of RS infrastructure and industry. As partially owned, some of collected taxes in RS represent the income for PS.

The PS will later claim that returning of these and all previous given international credits must be included and compensated by the necessary country income from ownership of infrastructure and industry in RS. This step might have some cheating nature, but the country experienced cheating and robbing relations from the side of RS for centuries.

Two possibilities have been shown for investments in RS economy.

Opening a coal mine seems to be in opposite with RS commitment to reduce carbon foot prints, redirecting its industry and residence also to the cleaner imported Russian gas. The coal mine seems to be a temporary solution for some old installed termo power plants technologies. It might not be profitable enough and also its duration is questionable. Also building domestic shore endangering old and dirty technologies will certainly wake up legitimate protests of growing environmentally conscious movement.

The second possibility they found in tenders for investment into recently opening quite simple solution of acquiring increasing quantities of greenhouse radiation. One of rare PS industrial knowledge property will fuel the domestic energy purchase from three sources.

Even these results will come 5 years later as from coal, the decision was made for this investment. The larger income of PC in the RS will enable the purchase of cheap hydropower energy from a dam, being constructed in neighbor country and planned to be finished also in 5 to 6 years.

But because this river flows also through the PS and ends at their shore, their own exploitation of this energy will cause already proved big ecological and social impacts in own country. They agreed to offer a double price for this energy, demand less production from this dam and leaving rest of seasonal water into the river. Causing thus artificial floods they will keep fertile soil along the river and living traditional farming, not endangering their population.

Further the ownership over the industrial knowledge will enable production and installation of efficient and clean power plants at home and achieving slowly the energetic independence of the country. The next goal will be to stop the domestic oil exploitation by RC.

The agreeing parties in PS tend to use procedures, which will distribute population and economic benefits and burdens as equal as possible. To balance the development with keeping traditional indigenous virtues and conservation of environment. To being aware of hidden dangers, the concept of sustainable development brings for poor. The economy is being directed to keep environment clean and population healthy in future. Also the company PC is distributing its activities for future benefit of their environment and entire population.

The special attention deserves distribution of rights, stating the historical and still lasting colonial injustices and going over standard explanation of economic dependency of PS. Only with revealing, not only deep reasons, but also deep and hidden consequences of colonial exploitation, we will be able to set the responsibilities, rights and duties fairly and promising for future cooperation. 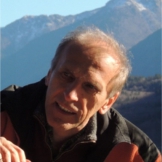